What are the seven best domestic business class flights? First, we have to take a look at what makes a first class and business class flight stand out. Availability of internet access, in-flight hospitality, food and beverage options, and comfort are all critical aspects to consider. Some airlines even offer an unbeatable lounge and ground experience, making traveling hardly feel like a chore. We know that every Pointster has their own preferences, so let’s lay out all of our options to see what we’re working with. 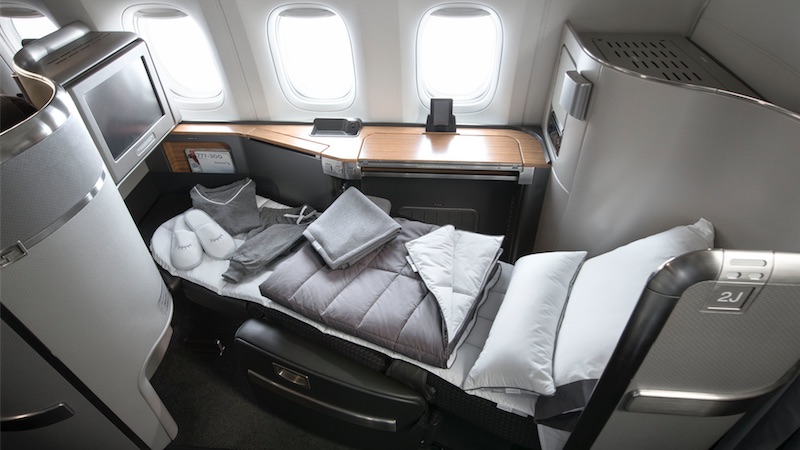 American Airlines A321Ts are equipped with 10 reverse herringbone first class seats. Each one is private, with convenient direct aisle access. Picture something similar (equate) to what you might find on an international business flight. Aside from the comfort and ease of the seating, the Viasat high speed WiFi is unmatched. Whether you like to work or keep yourself entertained in the sky, both options are there. Plus, American’s lounge is one of the finest out there. Featuring a sit down dining ordeal paired with a spectacular wine selection, traveling becomes a breeze.

Flying first class with Alaska Airlines guarantees you a comfortable ride. Passengers sink right in the spacious reclining seats onboard. The West Coast-inspired food and drink menu is top-notch. Even if your flight is only an hour in duration, Alaska Airlines ensures that you’ll be served. Those little things that show how much an airline cares for your satisfaction go a long way. A friendly crew and high quality in-flight entertainment system are just the icing on top of the cake.

You don’t have to plan a trip to Alaska in order to utilize first class on Alaska Airlines. You’ll find flights available for countless domestic routes.

United more recently started deploying the 787-10 on select frequencies. The business class cabin has an innovative design that’ll make you feel like you’re soaring through the future. On the ground, passengers have access to the United Club where they can get comfortable while they wait for takeoff.

For now, you can catch a flight on the 787-10 out of Newark to Los Angeles or San Francisco. 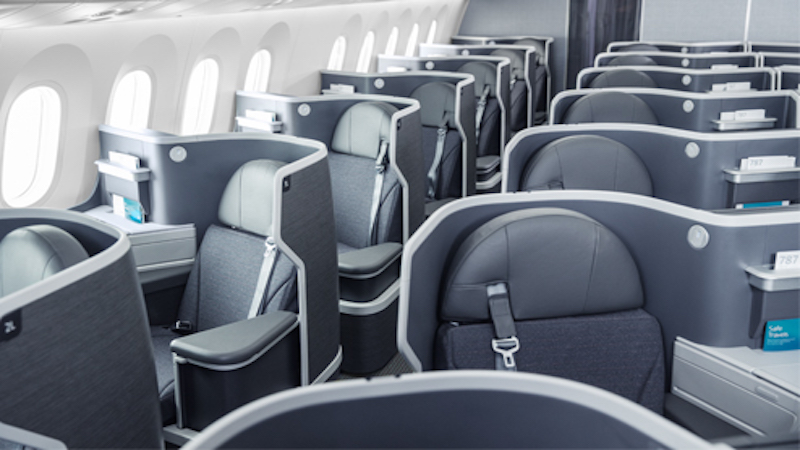 It’s not their first class, but American’s domestic business class flight comes pretty close. With seats configured in a 2-2 fashion, they are spacious and comfortable enough to get some much needed rest. A fast and efficient WiFi connection makes any flight hardly seem long at all. Again, travelers will have access to American’s Flagship Lounges, which alone make the trip worthwhile. 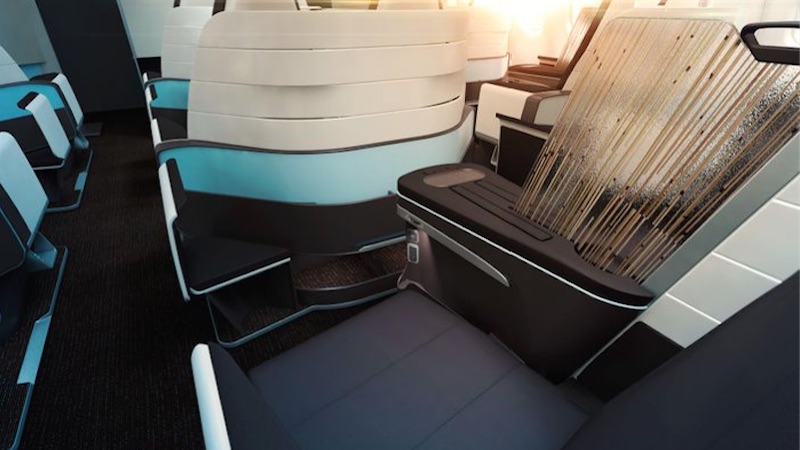 Flying first class on Hawaiian Airlines makes traveling across the Pacific feel like a breeze. Although you unfortunately won’t have access to WiFi in the air, you’ll be able to get some rest in one of eighteen fully flat seats. If you’re headed to Hawaii, chances are you’ll appreciate being disconnected from world. Not to mention, the service onboard is phenomenal. The Hawaiian crew really wants to make sure that your relaxing getaway begins in the sky.

The A330 is flown from Boston and New York to Honolulu. In addition, it offers select flights from the West Coast to Hawaii. 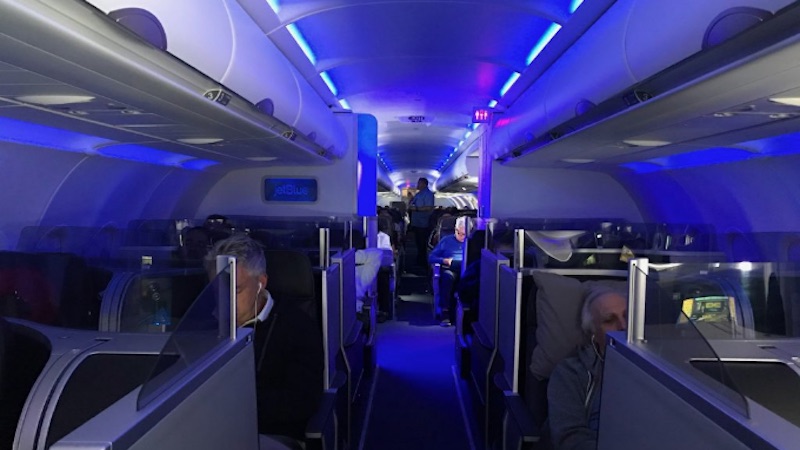 JetBlue’s Mint Business Class is one of the most superior onboard experiences. Featured on select A321s, each seat is arranged in a 2-2 configuration. There are even two 1-1 “Mint Suites” which have their own doors, for passengers who prefer the most privacy possible.

Although its missing lounge access, the in-flight food and beverages make up for it. Passengers are served delicious simple dishes while they commute to their final destination. You’ll enjoy free WiFi and hospitable service from take-off to landing.

JetBlue’s Mint is offered on many flights out of Boston, Fort Lauderdale, and New York, with service to Los Angeles, San Francisco, San Diego, and Seattle. 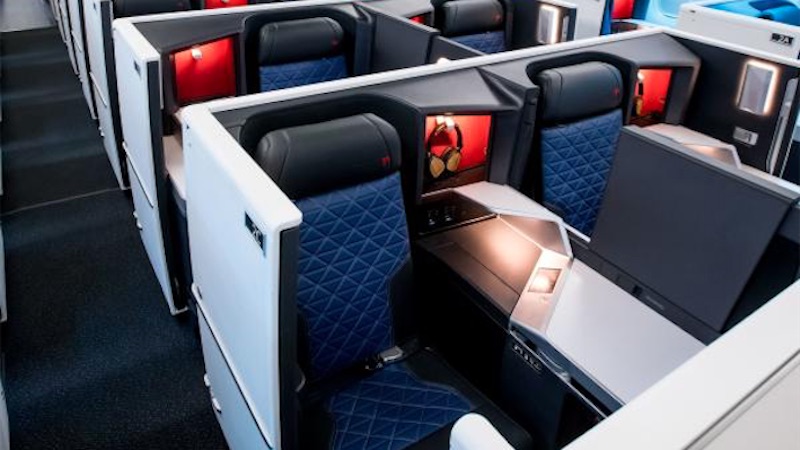 Delta One Business Class A330

Although Delta flies various planes throughout their premium transcontinental routes, the A330 takes the cake here for a few reasons. The reverse herringbone seats allow direct aisle access, while the in-flight food and drink options are hard to beat. On the ground, you’ll have access to Delta SkyClubs, making your time in the terminal hardly feel like a wait.

You’ll be able to catch a flight on an A330 on select frequencies between New York and Los Angeles/San Francisco.

You may also enjoy: